Sydney's Gay and Lesbian Mardi Gras is almost upon us, starting with an epic Mardi Gras Party on Saturday 2 March in what's set to be one of the most diverse, glitter-filled parties on record. 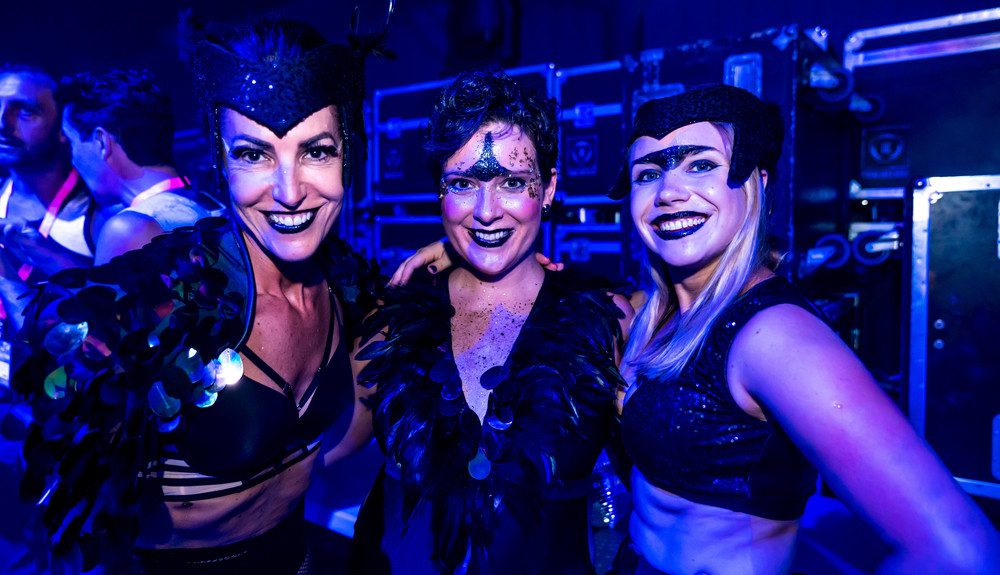 Sydney’s Gay and Lesbian Mardi Gras is almost upon us, starting with an epic Mardi Gras Party on Saturday 2 March in what’s set to be one of the most diverse, glitter-filled parties on record.

Ahead of the fabulous festivities, we’ve got the lowdown on what you can expect.

Mardi Gras CEO Terese Casu said as the LGBTQI community continued to evolve into many “wonderfully diverse groups of people”, the time was right to create a much more diverse queer entertainment program across the entire Mardi Gras Party.

“With the continuing explosion of international and national queer performers and DJs it is time to feature these amazing artists throughout the Mardi Gras party,” she said.

This year the RHI will be transformed into the Neon Playground, a fluoro-pop inspired wonderland featuring performances by International pop star Kim Petras (USA), and local legends PNAU, Courtney Act and Briefs.

The Horden Pavilion has been renamed The Black Palace, becoming “a seductive and decadent underground world in a heady mix of the Palace of Versailles meets Versace”.

Headlining in the Black Palace will be Jake Shears (of Scissor Sisters) (USA), ahead of his special guest spot on Kylie Minogue’s upcoming Golden Tour of Australia.

Jake will be joined by local favourites Paul Capsis, House of Slé featuring special guest Leiomy (USA) and The Huxleys.

Headlining the DJ line-up is International legend DJ Boris direct from Berlin while DJs Magda Bytnerowicz, Fiesty and Brook Powers round out the DJ line-up.

Who can’t wait for this year’s Mardi Gras? A worse state than this time last year: Who will help the travel industry?