Five-star resort LUX* South Ari Atoll is more than just a pretty face. It is leading the way in eco-tourism in the Maldives after launching world́'s largest solar system floating at sea. 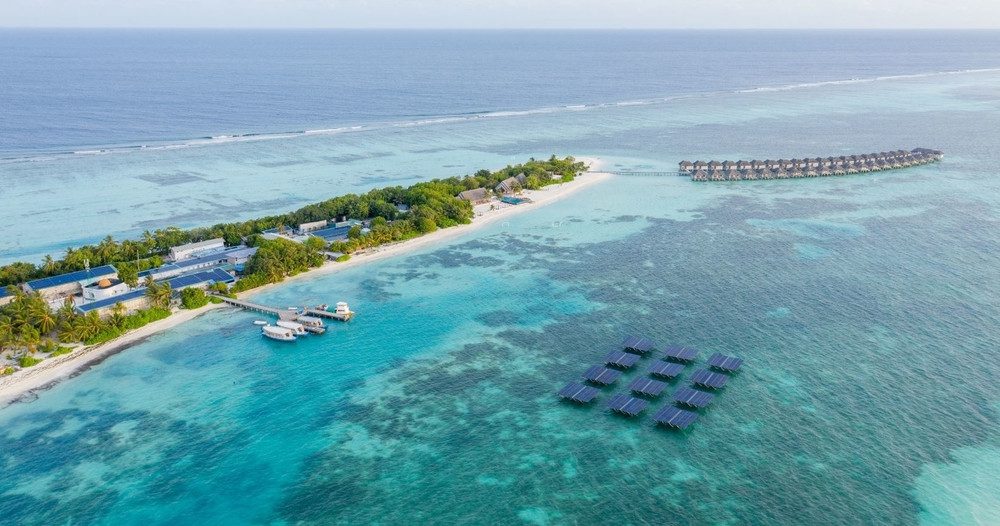 Five-star resort LUX* South Ari Atoll is more than just a pretty face. It is leading the way in eco-tourism in the Maldives after launching world́’s largest solar system floating at sea.

This in turn powers the island in an eco-friendly fashion.

With the Maldives made up of 99% water and just 1% land, turning to the sea makes sense.

The resort was already using rooftop solar systems but once all suitable roofs were covered, they decided to expand beyond the shoreline.

To achieve this, LUX* partnered with Austrian-Maldivian company Swimsol which developed the first and only patented floating solar system designed to withstand the harsh conditions of the waves, storms and saltwater.

General Manager at LUX* South Ari Atoll Jonas Amstad said as one of the biggest resort islands in the Maldives, they aim to lead the way with eco-tourism.

“Innovation is key to achieving true sustainability, and we are happy to partner with Swimsol to work towards our goal of minimizing our ecological footprint.”

Since installing the new system, the island’s solar capacity increased by 40% and reached 678 kWp, enough to power all guest villas with solar energy during the peak sun hours.

That’s a saving of more than 260,000 litres of diesel per year that previously were needed to produce the same amount of electricity with combustion engines.

For a real-time perspective on just how much energy is being saved, guests can follow a live “solar tracker” on their televisions.

Sealife is benefiting from the solar panels too thanks to the design which provides shelter for juvenile fish and invertebrates.

Free-swimming coral larvae can even use the platforms to grow into adult colonies, which can then be replanted on the ocean floor.

Hussain Simad, Managing Director at Swimsol Maldives said their ultimate goal is to enable every island to run purely on solar energy.

“It is a fantastic opportunity to work with LUX* South Ari Atoll to achieve this with their immense support and passionate enthusiasm in making a difference,” he said.