For 135 years, The Overland has been transporting guests between Melbourne and Adelaide, connecting the two cities and the regional towns in between.  And, to celebrate its birthday, Journey Beyond is giving you the chance to experience the trip with 50% off. 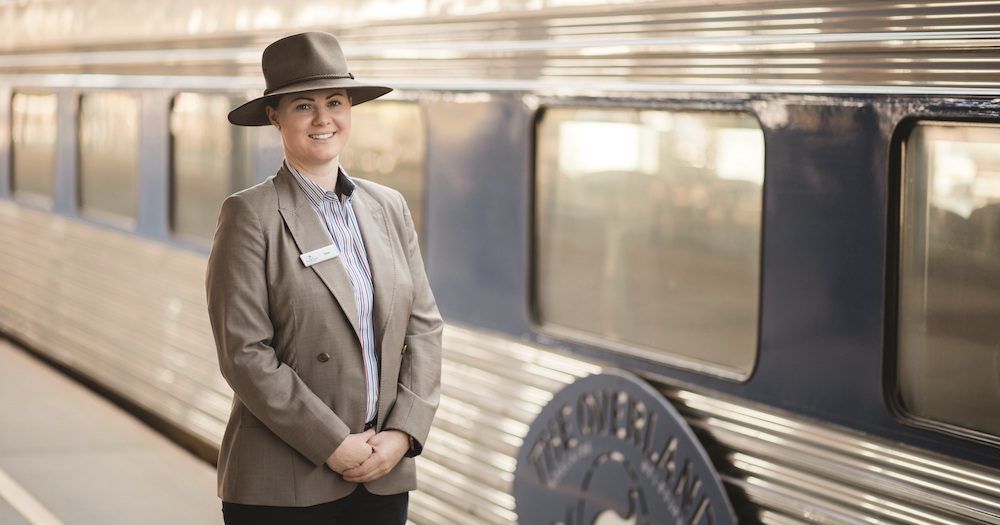 For 135 years, The Overland has been transporting guests between Melbourne and Adelaide, connecting the two cities and the regional towns in between.  And, to celebrate its birthday, Journey Beyond is giving you the chance to experience the trip with 50% off.

To celebrate The Overland’s birthday, which was on January 19, Journey Beyond is offering guests who travel on The Overland between January 20 and March 31, 50% off their Red Standard journey.

Loyal Overland guests, as well as new guests, are invited onto this historical train to celebrate the momentous occasion.

Celebrations were held all the way along the track from Adelaide to Melbourne and back with contingents of The Overland supporters showing up in style with bands, classic cars, old imagery and even a likeness of Bob the Railway Dog.

While the romance of a rail journey attracts many to The Overland, the service also plays an important role in regional transport—departing Mondays and Fridays from Melbourne and Sundays and Thursdays from Adelaide.

Chief Commercial Officer for Journey Beyond, Pete Egglestone said, “The Overland is generously supported by the Victorian Government, which has been instrumental in keeping the service on the tracks.

“It remains an essential transport service in Australia, playing an integral role in the lives of regional commuters and visitors alike, connecting passengers to essential services, as well as providing an alternative to flying.”

Originally named the Intercolonial Express on its first departure in January 1887, the train was later called the Adelaide Express or Melbourne Express, depending on where you resided, whether in Melbourne or Adelaide.

In 1926, she was officially renamed “The Overland”, with the introduction of striking green carriages with gold and black trim and silver nameboards.

The carriages have since been updated with a modern interior, offering comfort and style as guests travel.

Click here or visit your local travel advisor to book your next trip on The Overland and to take advantage of the 50% off deal.