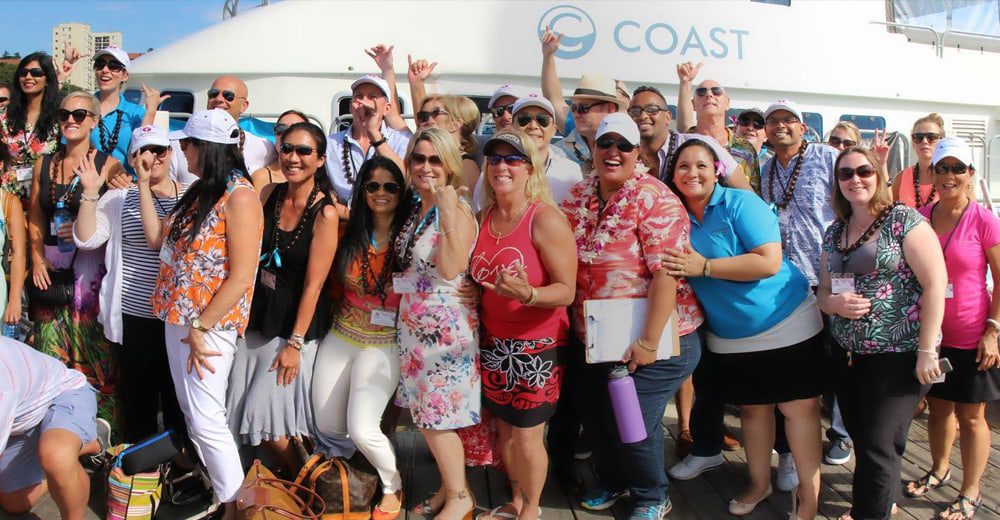 Cruise lines aren’t the only ones benefiting from the growing cruise market Down Under, as tour operators step in to get a bit of the booming action.

According to CLIA Australasia’s latest figures, there’s growing demand in the Australian market to cruise from Asia.

AU and NZ tourism associations are urging governments to lower taxes on air travel across the Tasman as a means of encouraging more sporting fans to cross the ditch.

The topic of Tasman taxes comes a few weeks before the annual Cricket World Cup finals take place in Melbourne and a couple of days after Aussies lost a match to the Kiwis.

According to a recent study conducted by the Tourism & Transport Forum (TTF) and Tourism Industry Association (TIA) NZ, one third of trans-Tasman travel is by those attending a major event, with the majority watching a sporting fixture.

From 4 April, the airline will replace the Boeing 737 with the widebody A330-200 on select flights between Sydney and Nadi. This adds an additional 279 seats on the route.

The aircraft has 24 lie-flat business class seats, which triples the number of premium class seats already available on the route.

Mantra has increased its property numbers in Tasmania with two new acquisitions in a bid to get a bigger share of the state’s growing tourism sector.

Over the last year, Tasmania has quickly become one of Australia’s favourite domestic destinations, receiving 914,000 Aussie visitors to the year ending September 2014. This was an increase of three percent from the 884,900 the previous year.

Tour operator, Asian Trails will take your clients on a new five-day tour of Myanmar that includes some of Asia’s most revered attractions.

The ‘Myanmar Classic’ is a round-trip from Yangon, with the journey taking guests to Mandalay, Bagan and Mount Popa.

Tours highlights include a visit to the Pagoda built during the time of Buddha; sightseeing the Southeast Asian country’s temples and monasteries; seeing the world’s largest book consisting of 729 marble slabs; and hiking the extinct volcano of Mount Popa.

Prices for the tour start from US$1,901 per person twin share.

The price does not include domestic flights between Yangon and Mandalay, and Bagan and Yangon.

For the second year in a row travel professionals enjoyed a day on the water this weekend to cheer on the contestants in the 2015 Hawaiian Airlines Sydney Harbour Challenge, a new international sport event for Australia.

The popular event attracted some of the world’s best outrigger racers seeing hundreds of canoeists on the harbour competing in a 25kms race starting at Manly with turnaround point at Luna Park.

Hosted by Hawaiian Airlines, the event attracted overwhelming response from teams throughout Australia and around the world.

The winners of the Mixed Race were Tahiti followed by Outrigger Australia winning the Women’s Race and Northern Beaches 1 taking the top spot on the Men’s Race leader board.

Emirates is taking its duty as the Official Worldwide Partner of the International Cricket Council (ICC) to the skies.

The airline held a lucky seat competition for passengers on a recent East Coast flight to Auckland, giving away two tickets to an ICC Cricket World Cup game held on 28 February.

The lucky seat competition was held on three flights from Sydney, Brisbane and Melbourne.

Natalia and friends at the Nthn Territory Pop up in Martin place come down and experience the NT @TheTodayShow pic.twitter.com/zEYp0deSBi

Clients considering a trip to the Northern Territory may be persuaded to book after attending the two-day ‘Do the NT’ pop-up in Sydney CBD.

Treating Sydneysiders with a taste of the Territory, a NT waterhole will be set up in Martin Place with baby crocs, bush tucker and even camels.

Around 16 holiday operators will also be on hand to showcase their Territory products to potential Sydney holiday-makers on today and Wednesday. Attending operators will have a range of packages available including tours, accommodation, travel and activity deals.

The event will be filmed by the Today Show, which host Lisa Wilkinson expects will encourage locals to “‘Do the NT’ not one day, but now”.

“Research by Tourism NT suggests that almost half of all Australians have the Territory on their ‘one-day’ bucket list. Events like this are about convincing people to stop putting off their visit and come and ‘Do the NT’ today.”

Herb & Marguerite Christophers on their way to Gallipoli earlier this weej on Cunard’s Queen Elizabeth. Four of five sons in the family were lost in WWI.

Cunard’s Queen Elizabeth will form the backdrop of a moving tribute to Australia’s ANZAC heroes in Sydney from today as the ship visits the city for a two-day stay before sailing to Gallipoli as part of her world voyage.

Agents and Sydneysiders have been invited to pay their respects by leaving a red poppy in a two-metre high Poppy Wall, which will be in front of Queen Elizabeth at Circular Quay today and early tomorrow morning.

A similar Poppy Wall was made in New Zealand last week.

Formed in the shape of “100” to mark the upcoming centenary of the Gallipoli campaign, after a call to Auckland and two days in Sydney, it will be filled with 11,500 poppies representing the number of Australians and New Zealanders who lost their lives in the 1915 campaign.

Visitors will give a gold coin for each poppy and be invited to leave a personalised message in a special commemorative book, with all donations to go to Legacy.

This may be the most adorable air passenger ever.

Workers at George Bush Intercontinental Airport in Houston, Texas were surprised to find a baby squirrel onboard an aircraft after it had sneaked onto the plane.

The adorable creature survived a four hour flight from Costa Rica and was apprehended by US Customers and Border Protection in the US.

The agency’s Port Director, Charles Perez said workers may encounter unusual animals that have ‘hitchhiked into the country’.

“While there is a cute factor here, realistically, we understand that animals must be handled carefully.”

The photo above was posted by the agency in a tweet.

What are your thoughts on today’s news?