With travel industry updates for the unprecedented COVID-19 virus changing by the hour, we've set up a go-to hub for the latest industry news minus the hysteria and fake news. 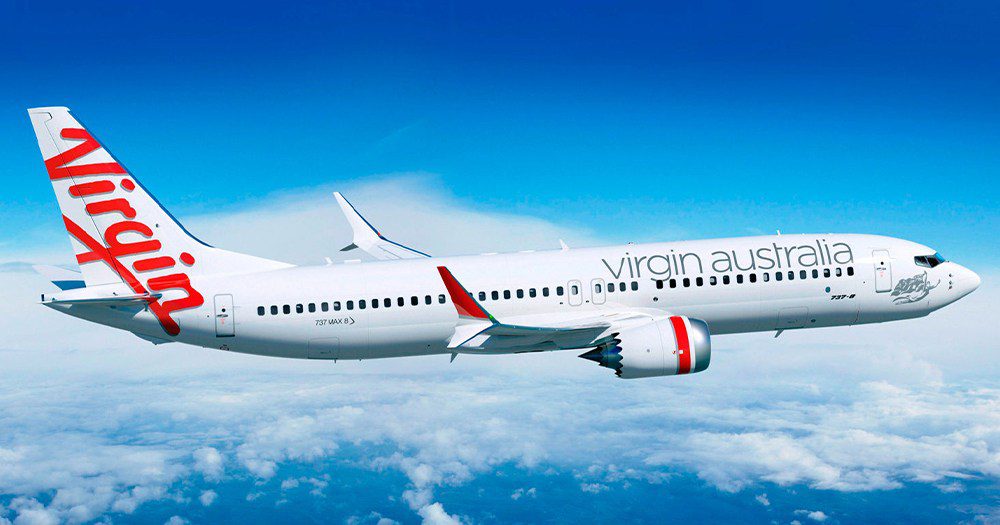 With travel industry updates for the unprecedented COVID-19 virus changing by the hour, we’ve set up a go-to hub for the latest industry news minus the hysteria and fake news.

We’ll be updating this story as news comes to hand so please keep checking back for all you need to know.

This is week three of our rolling coverage (feels like forever already). If you missed last week’s update, you can catch up here:

Got info or news to share from what you’re experiencing? Please email us at editor@karryon.com.au

Want to join our #togetherintravel initiative? Click here for more.

Wed 18 March: “Do Not Travel Overseas” The Australian Smartraveller website says regardless of your destination, age or health, their advice is “do not travel overseas at this time.”

“You may not be able to return to Australia when you had planned to”. Rex has stated that small regional carriers have “only weeks of reserves left” and without government intervention, irreversible damage would occur across the industry.

“Rex does not believe that Rex, and all other regional carriers, will be able to pull through this crisis without significant assistance if the health authorities’ projections prove accurate,” Mr Howell wrote.

“If regional carriers collapse, so will many regional communities for which the air service is their lifeline.”

Click here for more on this story (via ABC). According to the Sydney Morning Herald, Virgin Australia will suspend its entire international operations from March 30 and has slashed its domestic flying capacity by 50%.

The airline will cancel all overseas flights from the end of March until at least June 14, with the Melbourne to Los Angeles route suspended from March 20. The planned Brisbane-Tokyo and Melbourne-Bali services have been postponed indefinitely. SIA will operate just 50% of the capacity that had been originally scheduled up to end-April.

“We have lost a large amount of our traffic in a very short time, and it will not be viable for us to maintain our current network. Make no mistake – we expect the pace of this deterioration to accelerate. The SIA Group must be prepared for a prolonged period of difficulty.”

The Company is actively taking steps to build up our liquidity. The SIA Group will also consult the unions once again as it urgently takes steps to further cut costs. Additional measures will be announced when they have been firmed up. From Tuesday, March 17, all passengers arriving at La Tontouta International Airport will be placed in self-quarantine (isolation at home) for 14 days, regardless of whether they’re showing any symptoms of COVID-19 or not.

Offenders will be liable for a fine of 90,000 XPF if they do not follow this directive. Checks will be put in place in conjunction with the State and the municipalities. Passengers with symptoms (cough and fever) will be placed in isolation at a medical centre until their screening test is negative. Anyone that has come into contact or that has been in the vicinity of someone that has or may have COVID-19 will be placed in quarantine, at the International Sport and Expertise Centre (CISE). The famed Mona Art Gallery in Hobart will close from 18 March until further notice.

In a statement released today, MONA said: “We have made this decision because we believe it is the best way we can fulfil our responsibility to ensure the health and safety of our staff, our visitors, contractors and suppliers and our community as the COVID-19 situation unfolds. In these exceptional and unprecedented circumstances, our priority is to do what we can as early as possible in the interests of public health, and that means closing Mona at this stage.

“We will continue to review our options, with more information to come. In the meantime, we encourage everyone to take care of themselves and each other.”

Mona owner and founder David Walsh made the following statement, which can also be read on Mona’s website: https://mona.net.au/virus-takes-mona-check Following new border closures of various countries and the subsequent drop in demand, LATAM Airlines Group and its subsidiaries will reduce their capacity by 70%, equivalent to a 90% decrease in international operations and 40% in national flights.

All passengers with affected national or international flights from today will be able to reschedule their flights until 31 December 2020, at no additional cost.

LATAM’s customer service channels are currently receiving high numbers of enquiries. To be able to focus on passengers with the most pressing requirements, LATAM requests that customers do not call more than 72 hours prior to their flight. As a result of significant falls in travel demand due to Coronavirus, and new government restrictions across multiple jurisdictions in recent days, Qantas and Jetstar will make further and much larger cuts to domestic and international flying schedules.

To be phased in from the end of March 2020 onwards:

The route-by-route detail of these changes across Qantas and Jetstar is currently being worked through and will be announced in coming days. Air New Zealand is significantly reducing capacity on its Tasman routes as a result of the impact of Covid-19 on travel demand.

These changes follow yesterday’s announcement on capacity reductions and will take effect from 30 March through to 30 June 2020.

These dates may change if demand reduces further. Overall, Tasman capacity will reduce by 80 per cent over this period.

The following outlines the capacity changes on Tasman routes:

All other Tasman routes are suspended from 30 March to 30 June as follows:

Due to a large number of schedule changes, customers are strongly encouraged to only contact the airline if they are due to fly within the next 48 hours or need immediate repatriation to New Zealand or their home country.

Mon 16 March: Ryanair could ground entire fleet in April & May Ryanair says it will ground the majority of its fleet in the next seven to 10 days and has warned all aircraft could be grounded in April and May.

The carrier said in countries where the fleet is not grounded, “social distancing restrictions may make flying to all intents and purposes, impractical, if not, impossible”.

For April and May, it expects to reduce seat capacity by up to 80% but said: “a full grounding of the fleet cannot be ruled out”.

The move is in response to a growing number of European countries closing borders and banning flights. American Airlines has begun to implement a phased suspension of long-haul international flights from the United States.

From today, all remaining flights to Asia, bar the Tokyo route, will be suspended, as well as all departures to Australia and New Zealand.

The move follows a decision by President Trump to bar virtually all travellers arriving from Europe for the next four weeks.

The suspension, which will see capacity fall by up to 75 per cent when compared to last year, will last through May 6th.

In addition to the international changes, the airline anticipates its domestic capacity in April will be reduced by 20 per cent compared to last year.

In May domestic capacity will be reduced by 30 per cent on a year-over-year basis. USA Today is reporting that Major resorts on the Las Vegas Strip are now closing in response to the spread of coronavirus.

Wynn Resorts will close its two luxury hotel-casinos on the Strip for two weeks starting Tuesday. MGM will cease casino operations on Monday and will completely close its properties on Tuesday.

The staff, however, will reportedly still get paid.

Agents and suppliers who attended the annual Travel Partners conference in Bangkok over the weekend found out the bad news yesterday that they would have to go into self-isolation upon their return to Australia.

At least a few of the agents still found time to see the funny side.

As a result of the continued impact of COVID-19, and following the recommendation by the Cruise Lines International Association for cruise lines to voluntarily and temporarily suspend operations from U.S. ports for 30 days, Cunard will be suspending new cruises on its ships until April 11, 2020.

”Having reviewed all of our ship operations and industry recommendations, we have decided no new guests or crew will be joining our ships as we suspend operations until April 11, 2020.

All guests impacted directly by this temporary suspension are being contacted regarding their voyage and their options.

Palethorpe continued: “These truly are unprecedented times, the likes of which we have certainly never seen before. We are really sorry for the disruption and disappointment that this extraordinary measure will cause. We hope everyone will understand that we have to take these measures in the interests of protecting the wellbeing of our guests and crew.” Hawaiian Airlines has announced it will temporarily suspend nonstop service between Honolulu and its Australia and New Zealand gateways starting later this month due to new government entry restrictions being imposed.

Hawaiian, which currently flies five times per week between Honolulu and Sydney, will suspend service through April 30 after its SYD to HNL flight on March 22.

The carrier will pause three-times-weekly Brisbane service through May 31 after operating the flight from Brisbane Airport to HNL on March 23.

In New Zealand, which Hawaiian also serves with three-times-weekly flights, service will stop through May 31 after the flight that departs Auckland Airport to HNL on March 22.

The new 14-day self-isolation entry requirements established by Australia and New Zealand to address the COVID-19 pandemic led to Hawaiian’s decision to suspend flights to both countries.

Singapore Airlines is waiving all rebooking fees for tickets issued on or before 15 March 2020, for travel up to 31 May 2020, with immediate effect.

Customers can cancel their existing flight itineraries, retain the value of their tickets and rebook their travel at a later date when they are able to firm up their new travel plans. The new flight itinerary should be completed by 31 March 2021.

This new policy will allow customers the flexibility to defer their travel plans and applies to all bookings for travel up to 31 May 2020. All rebooking fees will be waived, although a fare difference may apply for the new itinerary.

SIA will continue to review its waiver policy and retains the flexibility to extend the cut-off date of 31 May 2020 as it assesses the impact of the Covid-19 outbreak in the coming weeks.

For all new SIA and SilkAir tickets issued from now to 31 March 2020, SIA will also waive change fees.

Got info or news to share from what you’re experiencing?

Please email us at editor@karryon.com.au