Just a few hours after one of the two final bidders for Virgin Australia (VA) – U.S based investors Cyrus Capital Partners made the shock announcement that they were withdrawing their bid, the airline's administrators have announced that Bain Capital will become the new owners. Just a few hours after one of the two final bidders for Virgin Australia (VA) – U.S based investors Cyrus Capital Partners made the shock announcement that they were withdrawing their bid, the airline’s administrators have announced that Bain Capital will become the new owners.

Cyrus Capital Partners was one of the two final bidders for the debt-ridden airline along with fellow American private investors Bain Capital.

The Cyrus withdrawal had left Bain Capital as the only remaining bidder and this morning the confirmation came through that Bain Capital will become Virgin Australia’s new owners.

Boston-based Bain Capital is one of the world’s leading private investment firms and aside from having deep pockets, plans to bring in local aviation experience with the assistance of former Jetstar chief executive and American based in Australia, Jayne Hrdlicka.

In a statement, Bain Capital said they are “committed to protecting as many Virgin Australia jobs as possible” as well as establishing an employee ownership/profit-sharing scheme for employees and providing a support program for any team members leaving the airline.

And best of all: Bain Capital have also guaranteed to carry forward ALL existing travel credits, both directly and through travel agent bookings.

“We appreciate how difficult the current situation is for Virgin Australia staff. They are the essence of the business, and we thank them for their perseverance through this challenging period. Paul Scurrah and his leadership team have also worked tirelessly during the administration period and are critical to our future.”

Barnaby Lyons, managing director and head of Bain Capital’s distressed and special situations business in Asia Pacific said Virgin Australia would have a much brighter future:

“Paul and his team have done a great job navigating through a difficult situation. We are backing their plan and will invest to make it even better.”

“We believe Bain Capital’s proposal offers the best possible future for Virgin Australia; it’s employees and its customers. Having worked closely with Mike, Barnaby and their extended team over several months, they have demonstrated a deep understanding of aviation and our culture. We are aligned in a vision for Virgin 2.0 look forward to working with them to secure the airlines’ future.”

Bain Capital says it will now work with all stakeholders as it seeks to win the needed approval from the airline’s 12,000 creditors who will vote on it in mid-August.

To do so, it will need to appease the airline’s 9,000 staff who are still waiting nervously to hear of a decision on their individual futures.

The news comes a day after Qantas announced 6,000 job losses as part of a three-year plan to accelerate its recovery from the COVID crisis and “create a stronger platform for future profitability, long-term shareholder value and to preserve as many jobs as possible.”

READ: Don’t Call Us: One Virgin Australia Bidder Left As Cyrus Pulls Out

READ: And Then There Were Two: Final Two Virgin Bidders Announced 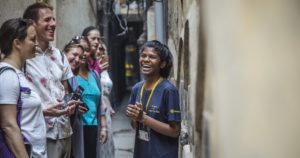