Sometimes, you can leave your skis and snowboard at home because you definitely don't need them to rack up a tonne of unforgettable moments in the snow in Japan. Eh? What am I on about? 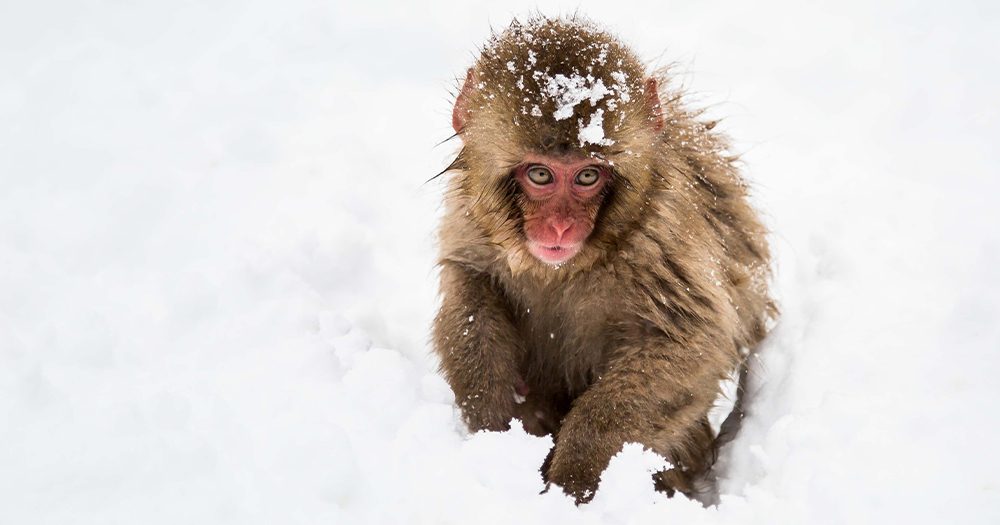 Sometimes, you can leave your skis and snowboard at home because you definitely don’t need them to rack up a tonne of unforgettable moments in the snow in Japan. Eh? What am I on about?

It’s simple. Being so close to Siberia has its up-sides.

Each year in winter, Siberian winds gather cold air across the continental landmass and send it southwards over the Sea of Japan where it picks up moisture before colliding with Japan’s eastern mountain ranges.

The result is heavy snowfall, sometimes dumping up to six metres of gorgeous powder along Japan’s eastern lands.

Obviously, this is a skier/snowboarder’s dream. But they’re not the only ones who can have fun in the snow.

Yep, there’s plenty of fun to be had that doesn’t involve a snowboard or pair of skis. And, between you and me, they’re much more enjoyable.

Ah, the onsen, the queen of the baths, nature’s hot tub. Call it whatever you like, because when you’re soaking in volcanically-heated, 39-degree mineral-rich water whilst surrounded by a wintery landscape that’s about as cold as your freezer back home, thinking about anything is the last thing you’ll be doing.

Relaxing in a Japanese onsen or hot spring whilst its cold outside is definitely an unforgettable moment. Onsen are literally all over Japan, so you won’t have to search too hard. But some of the best ones, in terms of spectacular wintery views, are Manza and Minakami Onsen, both in Gunma Prefecture.

2. Get in the festive spirit at a snow festival

Rub shoulders with the locals at a festival, not just for the warmth, but for a wintery introduction into Japanese culture.

Snow festivals can be found all over Japan’s snow-rich regions, popping up as soon as the mercury and snow start falling. A riot of ice and snow, one of the best festivals to check out is the week-long Sapporo Snow Festival in February. Perfect for the whole family, come and check out the absolutely amazing ice sculptures, the fun snow slides and snow rafting.

3. Learn how to onsen from Japanese snow monkeys

These smart (and wild) little creatures can be seen relaxing in the hot spring water all year round, but obviously, the onsen receives the most action in winter. As always, stay a safe distance away, and make sure you bring your camera.

This park was created in the late 1980s to preserve Japan’s largest wetland and protect these endangered animals (which were previously thought to be extinct). In winter each year, these majestic birds flock here in huge numbers, creating an amazing spectacle of birdlife. If you’re lucky, you may even snap a photo of them dancing!

Besides taking photos, you can also walk along some of the park’s serpentine trails and visit the Akan International Crane Center to learn more about these amazing animals.

Other incredibly photogenic spots in Japan to whip your camera out are Shirakawago in Gifu Prefecture, a UNESCO world heritage famous for its old farmhouses and mountains; and Biei in Hokkaido, which is heaven for landscape photographers.

Finally, get amongst drifting sea ice from the safety of a sturdy vessel in the Sea of Okhotsk off the coast of Hokkaido on an Aurora Sightseeing Boat tour, and have a few unforgettable moments on a (near) frozen sea.

This is the northern hemisphere’s southernmost region to see drifting sea ice, which is a spectacular sight to behold. February is the best time to make this trip. Boat tours depart from Abashiri port and take around an hour.