Together In Travel: Meet The Inspiring Siem Reap Guide Doing The Tuk-Tuk Pivot

Need a good news story in your life right now? Let us introduce you to Dan, a passionate Siem Reap driver & guide, who is doing the Tuk-Tuk pivot and moving into farming. Need a good news story in your life right now? Let us introduce you to Dan, a passionate Siem Reap driver & guide, who is doing the Tuk-Tuk pivot and moving into farming.

With the global travel industry having come to a grinding halt, and the headlines filled with corporate calamities and local job losses, it’s easy to lose sight of the grafters—the tour guides, tuk-tuk drivers, and the like—whose livelihoods are 100% dependent on tourism.

How are they holding up in places without JobKeeper or other kinds of government support?

For years, Dan happily zipped about Siem Reap province in Cambodia, ferrying tourists around the jaw-dropping wonders of Angkor in his gleaming green tuk-tuk. But when borders closed, his tuk-tuk and livelihood came to a screeching halt.

Without any government support, tuk-tuk drivers like Dan face a pretty anxious future.

“Dan was recommended to us by a fellow traveller when we visited Cambodia with our two young kids in 2015. He was charming, dependable and always quick with tips and solutions,” says Ben Alcock, travel industry all-rounder and occasional writer for KarryOn.

Dan quickly became Ben’s go-to recommendation for dozens of friends and travel industry colleagues who visited Cambodia in the years since.

Dan regularly messages his clients to chat and see how things are here at home. Sandra Cahill, Business Development Manager at Silversea Cruises, is another Dan fan. “Oh, we love Dan. Zipping around Siem Reap with him is such a joy. In recent months, however, I could tell that things were pretty grim at his end,” says Sandra.

Things went quiet for a while, then Dan made contact. He had a proposal—he had negotiated access to a plot of land in prime farming country, and wanted to grow cashew plants.

All he needed was some seed funding. Literally.

“We quickly set up a GoFundMe for Dan’s grassroots enterprise, shared it with our network, and crossed our fingers,” says Ben.

As people read Dan’s story and sensed his determination to take control of his future and support his family in a tourism-free economy, the support rolled in. Quickly, Dan received a first-round of funds sufficient for preparing, purchasing and planting 10,000 cashew seeds.

“He sends us pictures every few days of the operation, and it blows me away. Seeing the first green sprouts pop up was brilliant. And now they’re going gangbusters,” says Ben.

Significantly, Dan is not only supporting his own family, but those of the local nursery hands he has employed to help with the various labour-intensive stages of the project.

But Dan isn’t done with taking just 10,000 baby cashew trees to market in a few months. His goal is 15,000 cashew plants and ‘some chickens’. His GoFundMe isn’t quite there yet, but with luck and generosity, he’ll get the money he needs.

Read all about Dan’s project, see recent updates, and get behind his GoFundMe here. 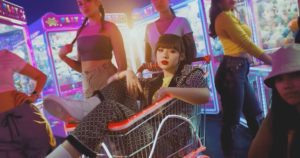 AirAsia Releases Hit Single That'll Have You Dancing All Week