#TRAVELHACKS: 7 cultural quirks to fall in love with in Japan

It's no wonder that Japan is so highly revered by Australians for its beautiful scenery, ancient cultures, phenomenal food scene and epic snow resorts, but what about its smaller, more eccentric everyday details? There's a lot to love there too. 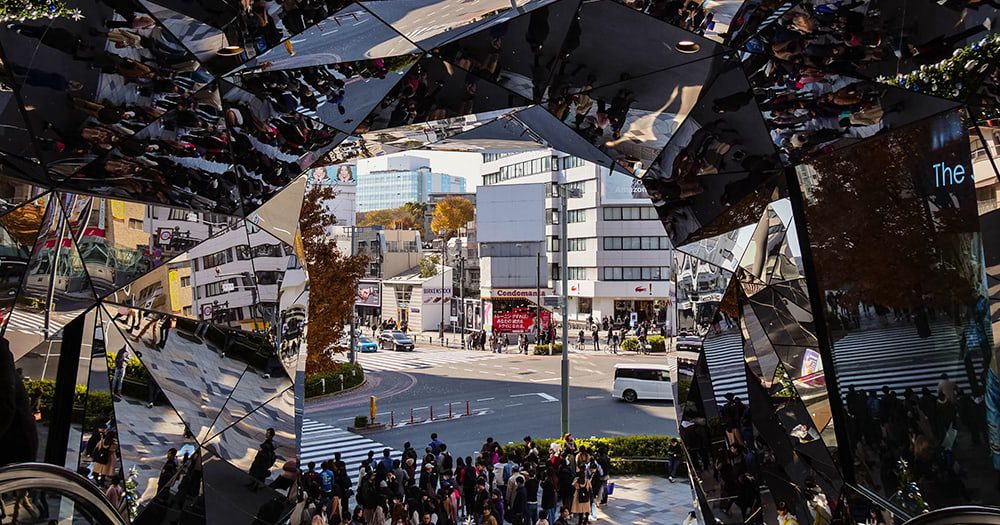 It’s no wonder that Japan is so highly revered by Australians for its beautiful scenery, ancient cultures, phenomenal food scene and epic snow resorts, but what about its smaller, more eccentric everyday details? There’s a lot to love there too.

If I were to personally list all of the things I love about Japan, it’d take me an awfully long time and end up being a very long list.

Because whatever you’re into or up for, Japan just has so much to offer – and for everyone.

Having just returned from another trip, this time to Kyushu Island in the South and Tokyo (Read all about it here), I’ve put together a few of my favourite cultural quirks to take note of on your travels around this stunning country.

So if you have a curious mind and want to scratch under this countries surface a little more, then this is your stop.

If you’ve been to Japan you’ll have noticed that the entire country is virtually spotless.

Wherever you travel throughout Japan you’ll see no litter, plastic bottles or cigarette butts choking up the ecosystem.

You also won’t see many bins on the streets either except at train stations, near vending machines or 7/11’s where they have recycling bins. This is another reason why there is no litter – people just take their own trash home.

When you consider that this is a country of 121 million people, it’s an unbelievable point to note.

Everybody just follows a simple principle – Do not throw your trash on the floor.

They also all follow a strict set of rules which stipulates that they must always be dressed immaculately and keep themselves clean.

Travel Tip: Take your own small plastic bags with you to carry your trash in a daypack.

There’s a place for everything here…

Following on from cleanliness comes trash recycling and the Japanese’ insane appetite for it.

Incredibly, Japan recycles 77% of its waste as a nation. That’s some collective effort, right?

In Australia, we have the basic choice of a yellow, red or green bin option at best, whereas the Japanese meticulously sort their trash into categories ranging from 10 to 44. These separate categories include bottle tops, plastic bottle, glass bottles and steel items.

Japnese householders are required to use the trash bags as designated by local authorities and then take them to a designated pickup point on the morning of the scheduled collection day. If the designated bag isn’t used – it will not be collected.

Kamikatsu, a small town in Tokushima prefecture in Japan’s South West is aiming to become Japan’s first zero-waste community by 2020. From recycling furniture to zero landfills or incinerating garbage, their story is an inspirational one we could all learn from.

Travel Tip: Recycle your bag tag at the airport. All airports have recycling bins to handily discard your luggage tags on your way out of the terminal.

3. A culture of waving goodbye to airplanes

If you keep a keen eye out of your window seat in Japan, you’re likely to see airline ground staff below you bowing and waving to the aircraft until it’s out of sight. Often four or five people will line up, in military fashion to perform their courteous farewell to a departing flight.

Well, pride in doing their job is one reason, along with the same utmost respect for service and duty that you’ll see everywhere in Japan.

It’s just what they do, and you’ll see the same ritual on Bullet train platforms, where crews have just 7 minutes to turn around a train to make it spotlessly clean for its next journey.

They say that once you become accustomed to Japanese toilets, it’s difficult to go back.

In most regions of Japan, homes lack central heating. Such homes are designed to heat one room at a time (as opposed to the entire house). This saves a great deal of energy but means that many Japanese houses (especially bathrooms) are cold in winter.

Not to fear — the toilet seats are often heated. Which is actually really comforting.

With a list of features from a warm air dryer for your behind to bidet options, and a timer for your warming seat (To save power of course).

Some toilets feature a noisemaker that can emit a white noise that drowns out other sounds which are intended to enhance privacy. The sound is either triggered by sitting on the seat or pressing a button.

In the past, noisemakers sounded like a continuously flushing toilet, however, these days, more pleasant sounds are available. Some toilets even play classical music mixed with white noise. Fancy.

Travel Tip: Try all the buttons. Go on, I dare you.

The Japanese believe that the presentation and meaning of the gift are more important than the actual gift itself, so it’s no surprise that they take gift wrapping very seriously indeed.

At Takashimaya Department Store in Tokyo for example, their gift wrapping service uses a unique method, known as the Takashimaya Japanese Style Gift Wrap – where only one piece of adhesive tape is used to secure the entire wrapping paper. Also, there is no cutting needed; instead, the method employs a neat trick of folding in the excess paper.

Travel Tip: If you’re buying a present, then make sure you get it at one of the department stores or toy shops to take advantage of the free wrap.

In fact, an Organization of Economic Cooperation and Development study in 2014 ranked Japan as “the safest country in the world.”

Generally speaking, people on the street and on public transport will look at you with a sense of curiosity and are some of the friendliest, warmest people you could meet. Although they may tell you to be quiet on the train if you’re being too loud.

All that said, it’s still better to err on the side of caution, so don’t drop your guard, do keep an eye on valuables and don’t do anything you wouldn’t normally do at home.

Travel Tip: Japan is generally extremely safe. So if you’re a solo female traveller, you’re in a great place, but still be aware of what’s going on around you, especially when travelling at night.

When you first visit Tokyo (and anywhere else in Japan for that matter) and spend any time there, you’ll wonder why this city of 9.2 million people is so, so quiet.

“Did someone pass away?” you might think. “Did I miss something?”

No, you didn’t, because culturally, loud behaviour anywhere in Japan is frowned upon because it ‘invades others space.’

There’s no tooting car horns or loud music blaring out on the streets, no-one is shouting and everywhere you go, people will mostly be respectfully quiet.

Public transport is one place you especially must adhere to this rule, so avoid talking on the phone (put it in silent mode) and send messages instead.

After a while, you’ll find yourself falling into this ‘Zen’ like mood too. And when you return home you’ll really notice the noise difference.

Travel Tip: Listen and observe… Who can you hear on trains in Tokyo? If it’s noisy my bet is it’s Aussies!

So there are 7 of my favourite cultural quirks with plenty more to add here. I’d love to hear some of yours too.

Do you have a favourite Japanese cultural quirk? Share it with us below for fun.