QF1: The first Qantas direct flight from Darwin to London is set for take-off

A Qantas 787-9 Dreamliner is scheduled to depart Darwin International Airport directly for London at 10.55pm local time on Monday, resuming the outbound leg of the airline's long-haul flight QF1 for the first time since the pandemic hit. 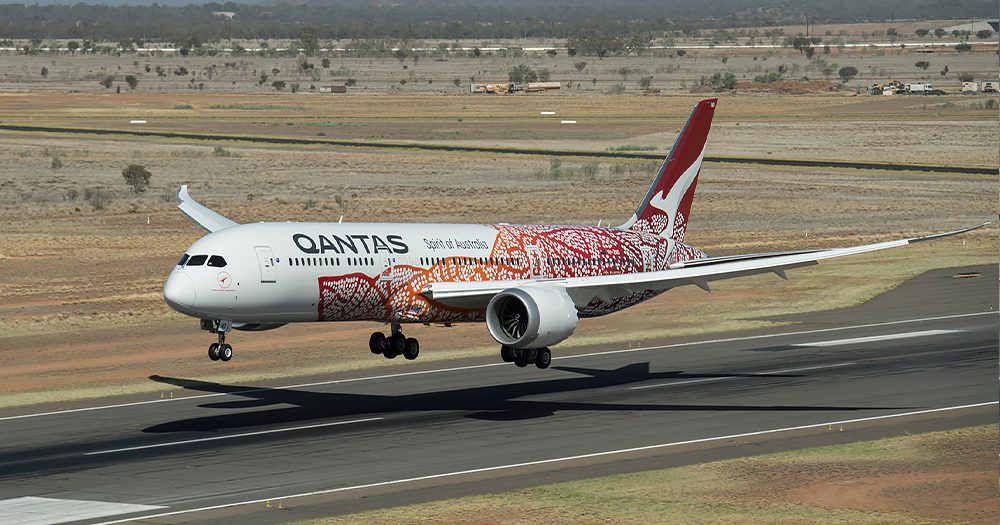 A Qantas 787-9 Dreamliner is scheduled to depart Darwin International Airport directly for London at 10.55pm local time on Monday, resuming the outbound leg of the airline’s long-haul flight QF1 for the first time since the pandemic hit.

The number of passengers boarding the 236-seat Dreamliner is not known, but a Qantas spokeswoman told AAP tickets had sold well with return flights full of Australian citizens heading home.

Chief executive Alan Joyce was upbeat about the service, saying it was a fantastic day for Australia, the airline and the Northern Territory.

“Thank you to the NT government and in particular, a big thank you to the chief minister,” he said by video link as he cut a cake to celebrate the flight.

Mr Joyce said he hoped to repay the NT with international tourists “when the time is right”.

The flight to London will take 17 hours and 20 minutes and the route will operate until at least April 2022, with hopes it could continue.

It had been scheduled to begin on November 14 but was brought forward after Australia eased its international travel restrictions.

The service will fly five times a week, with plans for connecting flights to bring passengers from Sydney and Melbourne.

The route temporarily replaces flights from Perth to London after the WA government announced it was unlikely to open to international travel until next year.

Passengers on connecting flights from COVID-19 hotspots, such as Sydney and Melbourne, will be able to disembark at Darwin International Airport terminal without quarantining after an agreement to make it a travel bubble.

But they’ll have to show proof of full vaccination and wear a mask. They also need a negative PCR test result before boarding their connecting flights to Darwin and have no COVID-19 symptoms.

Good job there’s a pop-up Qantas lounge there for eligible travellers to enjoy a Top-End lemonade or two before take off.

Qantas has used Darwin as a hub for its repatriation flights to various destinations across Europe, Asia and the Middle East in the past 12 months.

The historic Darwin-London flight caps off a celebratory day that has seen Australia’s border ban lifted and the first international iso-free arrivals allowed into New South Wales, Victoria and the ACT.